Lithium Ion Battery Breakthrough Could Cut Costs 50% thanks to 24M, a start up company based in Cambridge Massachusetts (on the Route 128)

24M was formed in 2010 by Dr. Yet-Ming Chiang and a group of researchers at MIT. Chiang’s name should be familiar to anyone who has followed the lithium ion battery business over the past decade. He also founded A123, an advanced battery company that led the way toward more affordable lithium-ion batteries. It soared to great financial heights before it crashed back to earth. It finally went bankrupt and its assets were purchased by China’s Wanxiang.

But Chiang and his group didn’t give up. They turned their attention to researching flow batteries which use liquid electrolytes stored in tanks. Need more storage? Just make the tanks bigger. Unlike lithium-ion batteries, a flow battery is temperature stable, can withstand far more discharge cycles and uses environmentally friendly electrolytes. But they tend to be quite large and heavy.

Eventually, Chiang’s team turned their attention back to lithium-ion batteries and came to a startling conclusion. Says Chiang, “The lithium-ion battery is a brilliant, enabling technology, but its economics are flawed. It’s prohibitively expensive; it’s cumbersome and inefficient to make; and today’s version is approaching the limits of its cost reductions.”

Today’s batteries are manufactured using techniques left over from the days of making cassette tapes. When CDs replaced cassettes, Sony was left with lots of unused manufacturing capacity. It figured out how to convert that equipment to making electrodes for lithium-ion batteries using lots of thin plates. Each plate needed a spacer to keep it separate from the others. Those non-conductive spacers took up a lot of room in the completed batteries.

In what represents the first instance of a Ukrainian company licensing a technology of this type to a Chinese company, Yunasko of Ukraine has reached an agreement with the Chinese company Power Tech to license its patented ultracapacitor technology. The licensing agreement pertains to both the manufacture and sales of Yunasko’s ultracapacitor cells and modules, for use in public transportation such as hybrid buses, subways, trams, etc.

Yunasko’s cells are, essentially, pouch type, symmetric carbon-carbon energy storage devices based on organic electrolytes. The technology has been tested at a number of different independent testing labs — including JME in the US — and has shown “market leading” properties and durability.

JME founder Dr John Miller has commented on the performance and testing results thusly: “Measured life for the YUNASKO ultracapacitors exceeded manufacturer’s specifications. Cells have been designed to have minimum ESR and these cells have the lowest DC resistance and exhibit the highest charge/discharge efficiency. The pilot production YUNASKO capacitors exhibited the longest life in terms of capacitance retention. Even with tripling of resistance these capacitors still have very low resistance values.”

Accompanying the licensing deal, Power Tech has reportedly created a 10,000 m2 ultracapacitor manufacturing facility in Hebi City in the Chinese province of Henan.

Power Tech’s CEO, Peer Nielsen, commented on the deal by stating: “We are going into production now and we are very excited about the market opportunity and our license agreement with Yunasko. The Yunasko technology is clearly superior to the best available and we plan to provide the Chinese market with a product produced in China that is competitive on both performance and price.”

Yunasko’s CEO, Vadim Utkin, chimed in as well: “We believe there is significant opportunity for Yunasko’s technology across several different markets in China like buses, renewable energy and mass transit, so expanding our partnership should provide Power Tech the opportunity to benefit from the increasing demand for ultracapacitor solutions.” 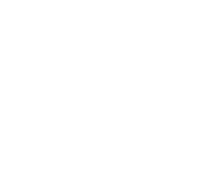